What You Don’t Know About Flooding Can Hurt You

Living in the Sunshine State means enduring a lot of water.  Whether we’re talking about the popup thunderstorms that occur most every day during the summer, or whether we’re talking about the frequent named tropical storms and hurricanes that come our way, dealing with rain squalls and street flooding is a way of life in Florida.  While most of this rain isn’t of biblical proportions, if you were forced to survive a direct hit by Hurricane Andrew, you might think differently.  Unfortunately for all too many homeowners, they only think about flooding after the fact.  If you don’t believe me, go talk to the New Yorkers whose homes were destroyed by Hurricane Sandy, or the Texans where entire towns were submerged by Hurricane Harvey.  While most of the homeowners in both locales were covered by homeowner’s insurance, many didn’t carry flood insurance.  That’s because they assumed their properties would never flood.  Before you get caught flatfooted by a future storm, let me tell you a few things.


What’s different in the 21st Century? – Like it or not, climate change is here to stay, especially for Florida which is surrounded by water.  A hotter climate means higher temperatures and progressively higher sea levels, both of which contribute to flooding.  In the report, “Florida Climate Outlook,” sea level is predicted to rise 2-3 feet globally in the next 70 years.  However, due to wind and ocean patterns, the prediction is for a rise of 3-8 feet in Florida.  During the next 20 years, the median predictions are for a rise of 1-2 feet for most coastal towns.  While that doesn’t sound like all that much, you have to realize that around a half million Floridians live on land less than 3-feet above sea level.  This includes more than 300,000 homes, 2,500 miles of roads, not to mention hundreds of schools and businesses.

If the government doesn’t take climate change seriously, why should I? – Since most people get their news from either the TV or the Internet, they erroneously believe that both the federal and state government doesn’t believe in climate change.  This couldn’t be further from the truth.  In early February, the Florida Senate Appropriations Committee passed a bill to create the Office of Resiliency.  It was formed specifically to develop strategies to mitigate sea level rise.  This will be used to form the Statewide Sea Level Task Force which will be given a mandate to predict coastal flooding in the foreseeable future.  The fiscal impact analysis used to pass the bill estimated that Florida could lose more than $300 billion in property due to rising sea levels by the turn of the 21st Century.

What if I don’t live in a beach community? – Living away from the beach won’t necessarily guarantee your safety.  While storm surges can be devastating to coastal communities, when rivers top their banks, the flooding of towns along them can be even more devastating.  Jacksonville, Florida has the St. Johns River running though it, not to mention many smaller rivers and tributaries.  Even a major storm front can be enough to cause local flooding nearly anywhere in Florida.  One of the costliest mistakes that all too many homeowners make is to believe that just because their home isn’t situated in a flood zone that it can’t be flooded.    Many also believe that only a named storm or hurricane is needed to cause water to back up into their homes.  Neither of these beliefs hold any water.

Weather Gone Wild – With rising temperatures comes a rise in what’s been labelled “Extreme Weather”.  Being surrounded by water makes Florida more vulnerable to extreme weather events than any other state in the Union with the exception of Hawaii.  Renowned climate scientist Dr. Michael Mann put it best when he said three years ago, “For a long time we’ve understood that as you warm the ocean’s surface, you’re going to get more intense hurricanes. Whether you get more hurricanes or fewer hurricanes, the biggest storms will tend to become stronger.”  https://www.climaterealityproject.org/blog/dr-michael-mann-extreme-weather-we-predicted-long-ago

Is it time to start building an ark? – One of the things that climate deniers always point out is that reports of climate change always seem to sound apocalyptic.  They also point out that meteorologists have trouble predicting the weather a week in advance.  So how can climate scientists predict how high sea levels will rise in 80 years?

While climate change is a real threat, it isn’t the first time that scientists have made predictions that not only threatened the viability of life on the planet, but also forced the government into action.  Back in the seventies and eighties, scientists discovered that chlorofluorocarbons were eating away at the Earth’s ozone layer.  After a number of naysayers, including several politicians, downplayed the danger, it was NASA that showed how more than a third of the Earth’s ozone had been lost by publicizing satellite photos that showed a huge ozone hole over the Antarctic.  This prompted then President Ronald Reagan to take steps to rally governments and industrialists from around the world into ceasing the production of CFCs.

While the Trump administration has yet to embrace climate change as a serious threat to the nation, that doesn’t mean that state governments aren’t taking steps to prepare for it. Just four months ago, Governor Ron DeSantis’ chief resilience officer Julia Nesheiwat said of climate change, “These aren’t issues that are just 10, 20 years away, it’s happening now. We’re seeing it as we speak. This is a very dire and urgent issue that I think we need to address.” https://www.orlandoweekly.com/Blogs/archives/2019/10/15/finally-tackling-climate-change-florida-lawmakers-say-younger-republicans-arent-so-much-in-denial

Aside from having already spent more than $300 million on coastal defenses, Governor DeSantis has been instrumental in rallying Florida legislators from both parties into taking the effects of climate change seriously.  Senate Infrastructure and Security Chairman Tom Lee, a Thonotosassa Republican and former Senate president, said, “It’s still too early to predict a full “paradigm shift” among lawmakers or what legislation could come from the 2020 session. But discussions are needed on issues from septic tanks and drainage to coastal construction to road planning. I think reality is going to set in. And if it doesn’t, it’s going to hit us right in the face.”

What can you do to help?

1.      Write your local, state and federal representatives to urge them to take action.
2.      Do your part to minimize your carbon footprints by reducing electrical consumption.
3.      Drive a more environmentally friendly vehicle.
4.      Reduce waste by consuming less and recycling more.
5.      Talk to your insurance agent about the costs and benefits of flood insurance.

Everything You Need to Know about Renter’s Insurance 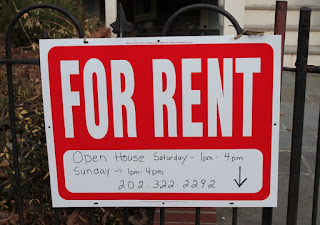 By Diane Tait
If you own your home, chances are you have homeowner’s insurance.That’s because your home and everything in it represents a huge investment.Should the worst come to pass and a fire should break out in your home, or a pipe should burst, you don’t want to dig deep to cover the costs.If a burglar breaks in and steals your most precious possessions, you want to be able to make yourself whole without digging a hole in your wallet.That’s why you carry homeowner’s insurance.
Read more 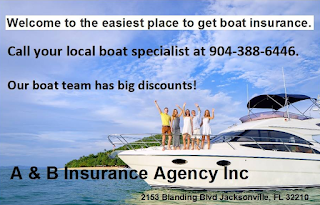