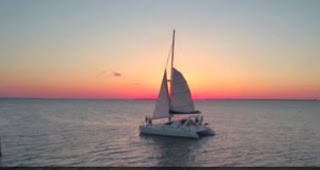 Living or visiting Florida during the winter offers residents and tourists alike the opportunity to do things that most northerners only get to do in the summer.  One of the most popular winter pursuits in the Sunshine State is boating.  Whether this means renting a daysailer, kayak or Jetski for an afternoon of fun in the sun, or it means owning or chartering a fishing boat, a sloop or a houseboat for a weekend on the water, there are a few things you need to know before you shove off.

Can you say rock lobster? –  Just because it’s winter doesn’t mean you can’t get sunburned.  With afternoon temperatures in the seventies and eighties, solar radiation down south isn’t the same as it is up north.  That means you need to wear sunscreen if you don’t want to resemble a rock lobster the day after you head out on the water.  Believe me when I tell you that you’ll still get a tan even if you wear the strongest sunscreen on the market.  What you won’t get is burnt to a crisp.  Face it, most boats today are like Clorox bottles on the water.  Sunshine reflects off the fiberglass decking and the water like a mirror.  If you spend more than a couple hours on the water, I recommend reapplying sunscreen.  This way you’ll be able to enjoy the rest of the weekend without grimacing every time you move.

Bring a jacket even when it’s 80 degrees outside? – Sure, it’s warm in the afternoon.  But when the sun starts to set or if a passing rainstorm comes your way, you can get cold in a hurry.  Sometimes the variation between morning and afternoon temperatures can be twenty degrees or more on any given winter day in Florida.  If you do wind up being hosed by a passing squall, the difference between being wet and warm and having your teeth chatter all the way back to the dock can be as little as having a nylon windbreaker.  Plus, should your boat experience engine trouble, your 3-hour tour could wind up taking much, much longer than you anticipated. 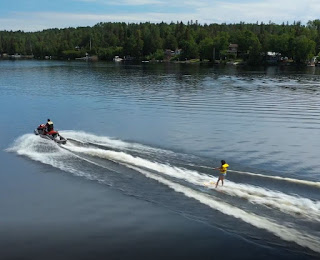 Are you the skipper or Gilligan? – One way to find out the hard way that you don’t know your way around a boat is to rent or buy one without taking a boating course.  Unlike cars and light planes, it doesn’t require a captain’s license to own or rent a boat.  That being said, not knowing the nautical rules of the road can get you in trouble in a hurry, especially if you wind up staying out on the water after sunset.  At night, it’s hard to tell what’s what or who’s coming at you.  Heck, it’s hard to tell where the land meets the water when all you can see all around are lights.  That can prove not only disorienting, but deadly since barges and other commercial vessels aren’t necessarily going to cede the right of way to your vessel.  Even during the day, if you don’t know which side of a channel you’re supposed to be on or when to throttle back for a no-wake zone, you could wind up making more than a few enemies on the water.  Before you venture out in any powered vessel, it would behoove you to take a safeboating course online.

Can you get a DUI on the water? – You bet.  It’s called a BUI or Boating Under the Influence, which is a federal offense that carries more draconian penalties than a DUI.  In Florida, it’s illegal to operate a vessel of any kind while under the influence of alcohol.  The penalties are predicated on how far above the .08% limit the skipper is when pulled over by the Coast Guard or Marine Patrol.  Contributing factors include how many and how old the crew and passengers in your vessel are, as well as whether your intoxication resulted in a collision with another vessel, property or swimmer.  Last but not least, should anyone wind up being injured while you are deemed under the influence, the penalties can be severe.  A first-degree misdemeanor involving property damage or minor injury to anyone could put you in jail for up to a year.  If anyone on board, in the water or in a vessel you struck were to be seriously injured, you could be charged with a third-degree felony punishable by up to 5-years in prison.  If someone should die, you could wind up in prison for as long as 30-years.  Even if you injure nobody but are charged with a BUI more than once, the penalties could be as long as 10-years in jail.  Before you reach for another beer, keep this in mind, skipper.  Also, keep a weather eye out for inebriated boaters, since any collision on the water isn’t always cut and dried.  If you fail to yield the right of way, even if you have the right of way and a collision occurs, you could be held partly to blame. 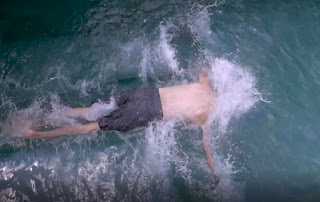 When’s the last time you conducted a safety briefing or man overboard drill? – All it takes for a tragedy on the water is an instant.  Wind and waves can cause even seasoned salts to wind up in the drink.  They can also swamp a boat in a heartbeat as well.  Before you leave the dock, you should take 5-minutes to do a safety briefing that lets both crew and passengers know what to do in case of an emergency.  This should include where the throwable personal flotation device, anchor and fire extinguisher are stowed, the proper way to don a life-jacket and where not to go while the vessel is underway.  It also wouldn’t hurt to find out who aboard can’t swim and have them wear a life-jacket.  (Any child below the age of 18 should also be required to wear a life-jacket.)  Last but not least, take the time to show everyone onboard what to do if someone were to fall overboard.  Especially if a crew member or passenger isn’t wearing a life-jacket, you may only have moments to save a life.  I make it a habit to personally conduct an MOB drill just outside the harbor so that everyone aboard knows what to do the moment someone parts company with the vessel.

By Diane Tait Image courtesy of picpedia Security is like the weather.   Everybody talks about it, but nobody does anything about it.   Well, almost nobody.   That’s because savvy consumers and business owners know that bolstering the security of homes, businesses and vehicles not only makes burglars think twice, it can also reduce the cost of insurance.   Since insurance premiums are calculated on risk, reducing the risk can also reduce your premiums.   Let me explain.
Read more