Is Nighttime the Right Time for Boating? 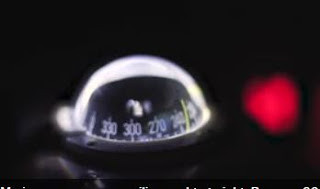 Living in Florida means being able to boat most of the year.  Even in the winter, the daytime temperatures can be in the seventies, which is perfect boating weather.  Just a windbreaker and some sunscreen and you’re on your way, right?  The only downside is that the daylight only lasts until around six.  Stay out after that and you’ll be forced to night sail whether you planned to or not.  If you have little or no night sailing experience, the endeavor can be quite disorienting.  After the sun goes down, all you see are lights everywhere.  It’s sometimes hard to tell where the land meets the sky, let alone what’s what on the water.  Unless you know what you’re doing. you can find yourself heading the wrong way or into harm’s way.  So, I thought I’d give you a few pointers to help you navigate safely on the water at night.

1.       While a GPS is good, a paper chart never shorts out or runs out of batteries. – All too many boaters these days rely on handheld GPS chart plotters to navigate.  That’s a shame since it’s all too easy for an electronic device to fail when you need it most.  Besides, the Coast Guard has spent billions of dollars providing boaters with weatherproof electronic beacons that are designed to help them find your way in the dark.  Lighted navigation buoys and channel markers are there to give you vital information about your position and course without reducing your night vision.  They’re programmed to blink at a set rate to help boaters determine where they are on the water when all the landmarks they rely on during the day are obscured.  Best of all, they can be seen for miles.  All you need to use them is a chart of the local waters.

2.       Slow down to stay safe. – When boating at night, it is advisable to slow down, even if you know where you’re heading.  That’s because not everything on the water is lit.  Things like docks, driftwood, daymarks, and other obstructions aren’t lighted.  Hit one of these at high speed and you’re likely to be ejected from your vessel and/or sink your boat.  Every year or so, some unfortunate boater runs under a dock at night only to wind up in the morgue.  I once nearly ran into the pylons that lead to the runway at JAX NAS, even though I had sailed those waters hundreds of times.  Fortunately, I managed to tack smartly around it in the nick of time since I was only making about five knots. 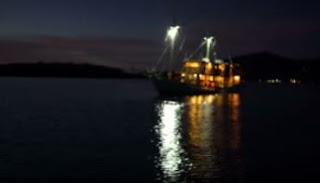 3.       Make sure you use and understand navigation lights. – While you need to display the correct navigation lights on your own vessel at night, you also need to understand the lights being displayed by other vessels.  If not, you run the risk of colliding with another boat, or being run over by a fishing trawler or a tugboat pushing a barge.  I’ve crossed paths with everything from cruise ships to warships in the St. John’s River.  Cruise north to Fernandina and you could find yourself face to face with a nuclear submarine.  Trust me, the sub isn’t going to deviate from its course.  So, you had best steer clear.

4.      Safety is job number one. – While the skipper has many tasks, the most important are the safety of his crew, his passengers and his vessel.  Even if you only took a handful of people out for a sunset cruise, after dark it can get spooky out on the water, particularly if it is overcast or there is no moon.  Any time the sun goes down on my boat, I break out the lifejackets and make everyone aboard don one.  Why?  If someone were to fall overboard at night, it’s quite possible that they could sink straight to the bottom.  Even if they don’t, you may not be able to see them in the dark when they bob to the surface.  During one kayak trip, I lost my paddle in the chop, even though the waves were less than 2-feet high and I knew the paddle had to be 10-feet or less away from me.  Even when a person yells for help at night it can be very difficult to locate them if they fell overboard.  At least if they’re wearing a PFD, they ‘ll be able to stay afloat long enough to give you a fighting chance to rescue them.

5.      Pack more gear than you think you’ll need. – Engines fail, props foul and the wind can either die off or come howling at you.  Don’t automatically assume that your vessel is going to be able to make it back to shore.  Having been a boater for decades, I can tell you with authority that there have been a number of times when I’ve had to drop anchor and stay aboard overnight when mechanical problems or rough weather caught me by surprise.  If you have enough food, water and gear to help you stay aboard in relative comfort, being stuck aboard until the next day won’t seem like such a hardship. 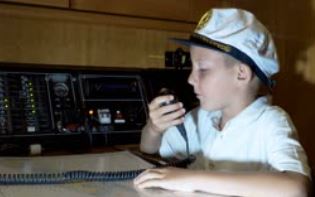 6.      Who you gonna call? – Most people also assume should they wind up stranded on their boat that the Coast Guard will come to their rescue.  I’ve got news for you.  Unless your vessel is sinking, capsized, on fire or in imminent danger of being destroyed with all hands aboard, the USCG is not likely to assist you.  That means if you run aground. run out of gas, or the motor quits on you, you’re going to have to deal with the situation on your own.  If you manage to wave down a boater who can tow you to the nearest harbor, that’s one way to deal with your dilemma.  If you have a cellphone and a buddy with a boat, that could be another way to reach a safe harbor.  If not, it would behoove you to purchase a handheld marine radio that will allow you to call for gas or a tow.

7.      File a float plan – If you know you’re going to be out at night, another prudent thing to do is to file a float plan. Then give it to either the harbormaster or a friend.  Let them know where you’re going and when you plan to return.  Then tell them if they haven’t heard from you in a certain amount of time, they should alert the Coast Guard that you are overdue.  Just make sure you touch base with whomever you gave the float plan when you return to the dock.

8.      Can you weather the storm? – Always check the weather before you cast off.  Even if the forecast is for clear skies, pack foul weather gear anyway.  While foulies won’t keep you dry, they will keep you warm.  Hypothermia can kill you in a few hours if you’re caught out in a storm at night without a nylon jacket and rain pants.  Even if it doesn’t rain, after dark in the winter, the temperature can fall by twenty to thirty degrees at night.  What seemed like a balmy afternoon can quickly turn frigid once the sun goes down.  So, bring enough gear to stay warm if you wind up staying the night on your boat.

9.      Don’t let Bud Weiser take the helm. – The last thing you want as the skipper is to mix boating with boozing.  Especially at night, you need all your senses to be keen.  It’s hard enough to determine what’s what after the sun goes down without adding alcohol to the mix.  Should you wind up running aground or running into another vessel or a dock in the dark, you won’t simply be held responsible for the damages. You could wind up behind bars since the same laws that apply for sobriety behind the wheel of your car apply on the water.

10.  Make sure your boating insurance is up to date. – Accidents on the water do happen.  However, they’re more likely to occur at night.  If you should be involved in a boating accident, you need to make sure that you, your vessel, your crew, and your guests are covered.  You also want to make sure that you have enough liability coverage in case all or part of the blame for the accident is pinned on you. 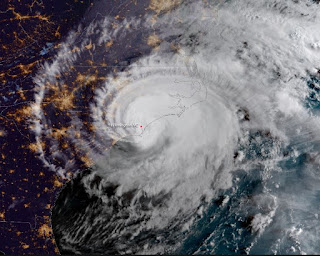 By Diane Tait Image courtesy of wikimedia As I write this, Hurricane Florence continues to wreak havoc in the Carolinas. Both North and South Carolina continue to be affected by epic flooding as some areas have been hit by 30-40-inches of precipitation.   This doesn’t even take into consideration how much more flooding will take place as rivers in the area top their banks.   The worst part of the disaster will be the fact that many homes and businesses that will sustain flooding were not in designated flood zones.   That means many families and business owners affected by flood waters do not have flood insurance.After dealing with the aftermath of Hurricanes Mathew and Irma during the past two years, I felt it was high time to dive into the ins and outs of flood insurance.       1 .       Do flood zones matter? – Many people make the mistake of failing to procure flood insurance simply because their homes and businesses aren’t located in a flood zone.   Just because you
Read more