Do You Need Insurance to Fly a Drone?

If you're in the midst of shopping for holiday gifts, you may have considered buying someone special a drone.  Drones, otherwise known as unmanned aerial systems (UAS)or unmanned aerial vehicles (UAV), are a popular present for both children and adults.  However, before you rush to place your order, there are a few things you need to know about the federal regulation that drones fall under.

Do you need to register a drone to fly it legally?  While you don't need a license to buy a drone, the operator is required to register the UAS if it weighs more than 8.8 ounces. While some microdrones manage to fly under the government regulation radar, owners of any drone weighing more than .55 pounds are required to register it with the FAA.  Registration is $5 per drone and the registration is good for 3 years.  The registrant must be 13 years of age or older, as well as a US citizen or legal permanent resident.  If the operator is less than 13-years-old, the UAS must be registered by a person 13-years-old or older.  That's just for starters.  The operator of any drone weighing less than 55 pounds is then required to pass either The Recreational Flyer's UAS Safety Test (TRUST) or must qualify under FAA Part 17 rules to fly drones in the US. Here's another link to help you get a grip on what the government expects of certified commercial UAS operators.

What is considered recreational flight?  While most people believe the only thing separating a recreational flyer from a commercial one is whether the drone operator gets paid for the flight, this isn't always the case.  Financial compensation isn't the only factor used to determine whether a drone is a commercial vehicle.  To be classified as a recreational UAS operator, the operator needs to strictly adhere to the following rules:

1. Fly only during the daytime for recreational purposes.

2. Keep the drone within line of sight.

4. The UAS is operated in such a way that it doesn't interfere with any manned aircraft.

5. The operator must pass TRUST and carry with him or her proof of test passage.

6. Have a current registration on the outside of the UAS and carry proof of registration.

7. Doesn't operate the UAS in a dangerous manner.

8. Doesn't operate the drone when under the influence of drugs or alcohol.

How and where can a UAS operator study for and take TRUST? - Anyone may study for and take TRUST for free online.  As of June 2021, the FAA announced 18 entities that are approved to administer TRUST.  Click on this link to learn more.  The test itself is divided into two sections.  The first section is designed to provide the operator with the knowledge required to pass the test.  The second section offers a series of multiple-choice questions designed to test your knowledge.  If you answer a question incorrectly, you will be prompted to try again.  Only those who pass the test will be issued a certificate that never expires. However, any operator that loses their certificate will be required

What does an operator need to do if the drone is going to be used for commercial purposes?  If the drone weighs more than 55 pounds or it is going to be used to inspect roofs, dust crops, or take photos or videos commercially, the operator will need to obtain a remote pilot certificate.  The qualifications for becoming a commercial drone pilot are that you must be at least 16 years of age, be able to read, write and speak English, be physically and mentally capable of safely operating a UAS, study for and pass the FAA's knowledge test. While the test is more rigorous than that for a recreational operator, so to are the risks and rewards of being able to use your drone for profit.

What kind of drone damage is covered by a homeowner's policy? – If your drone crashes through someone's window, your policy would probably cover the damage.  However, it probably wouldn't cover damage to or destruction of your drone.  That's due to the fact that many insurance companies consider drones to be hobby aircraft.  This can open the drone operator up to all kinds of liability issues.  Drones have been involved in everything from the invasion of privacy and trespassing violations to causing power failures when one hit a powerline only to cause a local blackout. Also, most homeowner's policies exclude anything that has to do with a business, which is what your UAS would be considered if you use it for commercial purposes.

What should you do if you get paid to use your drone? – That's easy.  Take the time to call your insurance agent to talk about commercial drone insurance.  Some insurers have created policies tailored to those who use their drones for business purposes.  Commercial drone insurance not only covers issues of damage, loss, or theft of a UAS, but it can also be tailored to deal with any liability issues you may encounter when you use your drone professionally.

Diane Tait is the owner of A&B Insurance, Insurance in Jacksonville, Florida.  To find out more about saving money on all your insurance needs, check out her website at http://aandbinsurance.com 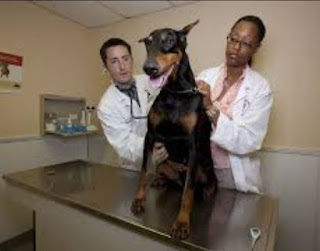